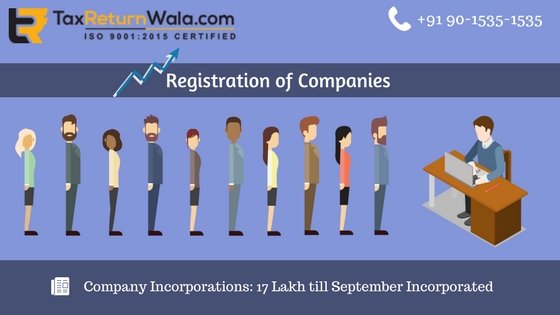 Nearly 17 lakh companies had been registered in India in the month of September, out of which almost 5.32 lakh entities had closed down, as per official data.

The Ministry of Corporate Affairs data showed that there were 11.27 lakh active companies as of September while the active Limited Liability Partnerships (LLPs) stood at 1.03 lakh.

The total number of companies registered in the country stood at 16.97 lakh as on September 30, 2017, the latest monthly bulletin on the corporate sector said that “Out of the 5,32,063 closed companies, about 10,437 companies were liquidated/dissolved; 490,453 companies were defunct (and hence struck-off); 19,789 companies were amalgamated/merged with other companies and 6,591 entities which are total shuttered firms that were converted to LLPs out of which  4,793 were dissolved.’’

In terms of the economic activities, maximum numbers of active companies were in business services that includes information technology, research and development activities and followed by manufacturing, trading and construction activities till September end.

Till September end, 13,927 One Person Companies (OPCs) were registered with authorized capital of Rs 358 crore.  As per ministry data, the highest numbers of OPCs were in Business Services followed by Community, Personal and Social Services, Manufacturing and Trading up to 30th September, 2017.

The ministry is still implementing the Companies Act as well as the laws pertaining to LLPs.