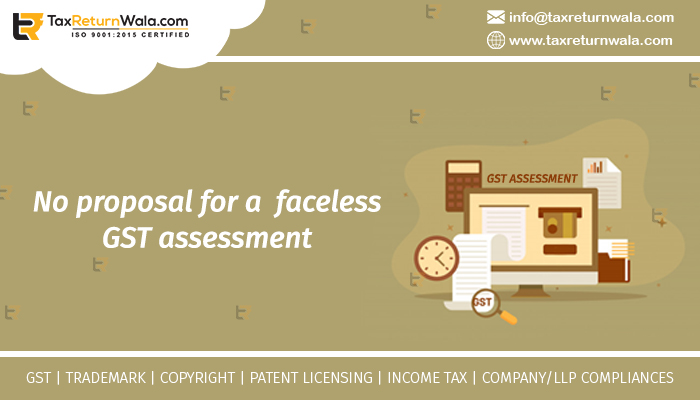 Surpassing old traditions with the new faceless e-assessment scheme, the government through its Union Budget 2019, bought context for a no-contact policy for Income taxpayers for their faceless tax assessment and scrutiny of their tax suits.

The policy as read proposes to have no physical contact or exchange of any documents in physical nature between the taxpayer and the assessment officer.

As the policy institutes reform the tax administration and remove any type of subjectivity caused by physical contact in the processes, it is also so believed to become a part of the GST system soon.

To multiple queries raised in the media regarding this and the Rajya Sabha, the Minister for State of Finance Anurag Singh Thakur placed his comments saying – ‘ that no proposal is under consideration of government for inclusion of faceless assessment under GST and no such need has been urged by any official of the Cabinet for this yet ‘.

Responding through his official Twitter handle Anurag said ‘No such proposal for e-assessment of GST under faceless mode is under consideration as all rules and laws under GST has already been under electronic means’.

He also added ‘Independent bodies shall set-up and independent searches will be done to ascertain assesses experience on faceless e-assessment and changes so recommended in the GST system shall be accordingly.

The faceless assessment policy under the direct tax system has been planned in a way that it will be implemented by qualifying few tax assessments with help of National e-assessments centers and later it will be accompanied by competent officials of the IT departments which shall be deputed to take over the assessment of the taxpayers without knowing their identity.

The faceless assessment was bought to ensure ease of compliance for the taxpayer, removal of fear of tax authorities, for better transparency, efficiency, and for building a focused approach.

GST was implemented in the country with a notion for ensuring ease of compliance for the taxpayers and deploying the power of self-assessment.

So, ‘GST being already an electronic-driven system requires no proposal for faceless assessment’.

A sold property in FY 2020-21?
Department shall tax your capital gains!
Know what you can do by emailing us at info@taxreturnwala.com