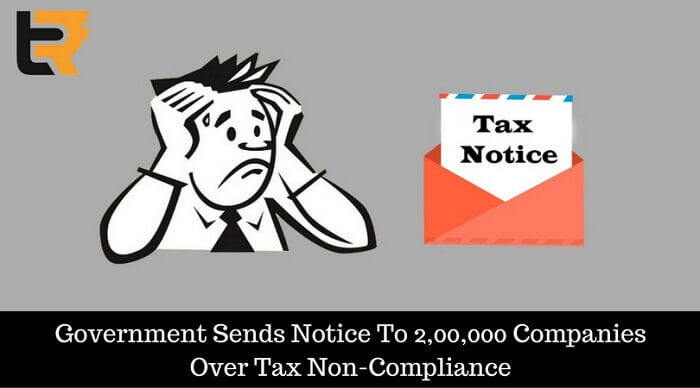 The Ministry of Corporate Affairs (MCA) sent notices to around two lakh inoperative companies ordering them to bring to an end the operations of the Company and subsequently de-register themselves from the MCA.

The decision was in pursuance to the non-compliance of filing annual returns for several years by such companies.Total of 15 lakh Companies are registered with the MCA out of which only 6 lakh are filing Income Tax Returns. Rest of the Companies poses a potential threat of converting their black money into white. This is what Shell Companies mostly do; they simply serve as a vehicle for business transactions and indulge into money laundering. Therefore, the PMO has set up a task force to monitor the activities of shell companies.

The problem of Money Laundering has aggravated even more during the phase of Demonetization. The Income Tax Department and the Enforcement Directorate revealed the involvement of certain Shell Companies in converting their black money into white through their accounts.

However, Hasmukh Adhia, Revenue Secretary, supervising the Task force set up by PMO assured that they shall monitor the functioning of such Shell Companies every 15 days.

Earlier on March 1st 2017 it was decided to prosecute such 10 lakh shell companies and prepare an Aadhaar – based KYC registry to check future black money generation through them. The special task force, will further introduce ‘Red flag Indicators’ so that elite Financial Intelligence Unit (FIU) can identify such transactions and activities and thereafter alert the investigators. The task force will work towards detection of shell firms, under the exclusive laws they enforce, to the Income Tax department so that it can register cases against them under the new Benami Transactions Act and the Income Tax Act and initiate prosecution cases in courts.

Cases which lead to black money stashed abroad will be booked under the new anti-black money Act and the Prevention of Money Laundering Act.

All the agencies have been asked to identify such firms by this month-end so that the tax department can subsequently take action. The focus is to ascertain those companies who have very active in transacting funds post demonetization, to combat the menace of money laundering and tax evasion perpetrated by shell firms.