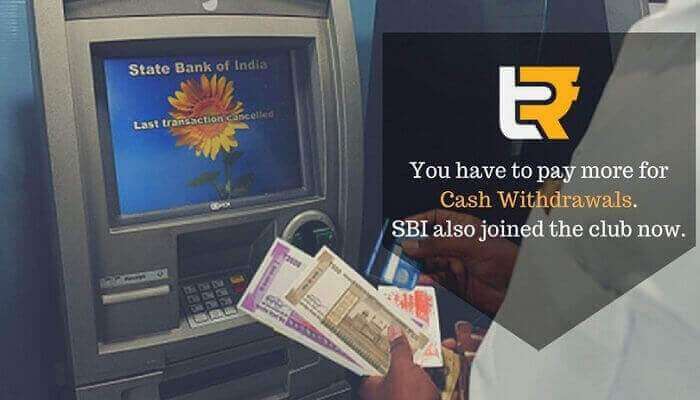 In a new development, the State Bank of India being the country’s largest lender announced on March 03, 2017 that its account-holders will be penalized ranging from Rs.20-100 for non-maintenance of Minimum Average Balance (MAB) in savings bank accounts from April 1, 2017 onward. In a statement on its website, the bank had listed out charges to be made effective from April 1, 2017. For metropolitan areas, the mandatory minimum balance will be Rs.5000. In urban, semi-urban and rural areas, the charges will be Rs.3000, Rs.2000 and Rs.1000 respectively. The penalty is as high as Rs.500 in case of current accounts.

SBI has imposed restrictions on cash withdrawals from its branches as well as ATMs. The cash withdrawals will attract charges after certain specified limits. According to bank’s notification of the new charges, it would allow its account holders to deposit cash three times in a month for no charges and levy Rs.50 plus service tax on every transaction after that.

Levy of new cash withdrawals charges would affect people who make withdrawals for daily or weekly use. The biggest impact is likely to be seen on small businesses like shopkeepers and traders who tend to deposit each day’s cash collection and withdraw the same from their bank accounts.

However, there would be no major impact on these small businessmen if they make banking transactions through current account. But if frequent use of savings bank account is made for such transactions, care must be taken with how many times it would be done.