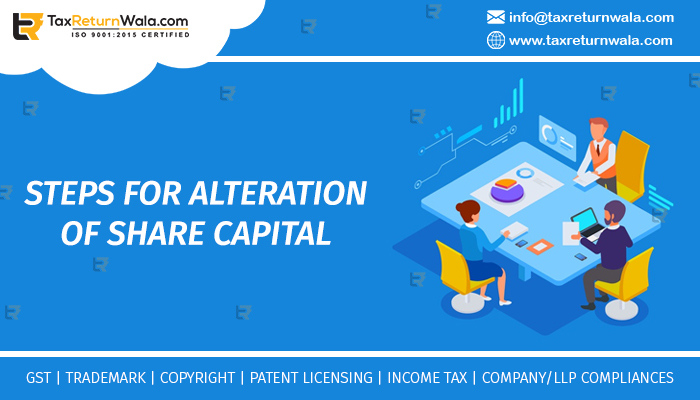 Before jumping into the clause, let’s initially know,
What is ALTERATION OF SHARE CAPITAL?

Alteration of Share Capital literally translates to the alteration in the current structure of the capital pertaining to a firm. A company is allowed to alter its share capital only if it is accredited by its Articles of Association. An article of association is basically the document enclosed at the time of incorporation of the company to administer its internal affairs communicatively. They’ve eventual increase in the comprehensive capital of the company is always a gain for the stakeholders in the company.

But when it comes to a  public company, the shares are being advocated by the public. So, this means that the particular company is directed to make an alteration to the memo of association clause also. There exists a capital clause in the memorandum of association that encloses the analytical details about the amount of share capital that can be instructed by the company during its course. The capital clause is to be altered by a registrar selected under Section 61 of the Companies Act 2013.

After knowing what alteration of shared capital is, let’s hop on to the PROCEDURE INVOLVED IN ALTERING THE SHARE CAPITAL.

The director of administration of the companies shall be briefed within a tenure of thirty days from such alterations and a transcribe of the altered memo is to be provided as well. Alternatively, in any case of default by the company or its officers, the company or its officers shall be held responsible and punishable under the court of law with a fine which may extend up to thousand rupees with respect to each delay or rupees five lakh whichever is less. The above outline is given under Section 64 of the Companies Act.

WHAT IS THE PURPOSE?

Whenever a company amends its share capital or number of independent members or hikes the share capital by the change of debentures or loans due to the order of Central Government in that case a return shall be filed with the registrar within 30 days of such alteration. The return will also be filed where the company reclaims any rectifiable preference shares.