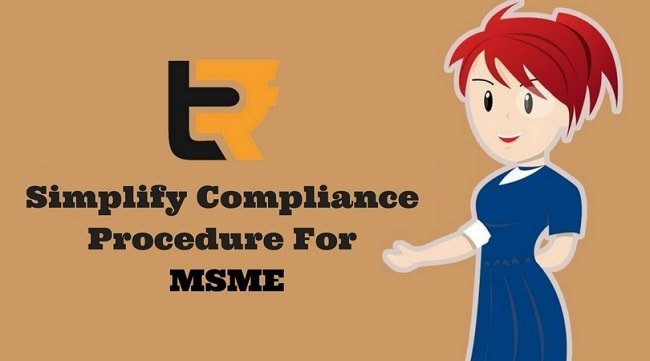 Now here comes an order from the Center to the State to simplify the Compliance procedures for micro, small and medium enterprises (MSME) to address issues related to availability of credit facilities and skilled man-power.

A meeting was called upon by the Union MSME minister Kalraj Mishra for the purpose. The ministers and principle secretaries from all the States and Union Territories participated therein. The Union minister focused on the major problematic areas that MSMEs are facing that needs immediate attention. Some of these are:

All the state governments have again been requested to work in all these areas requiring attention and that becomes even more important after the ease-of-doing business campaign in India.

MSME Act was introduced for the purpose of promoting and facilitating ease of doing business which covered all categories of enterprises including proprietorship, Hindu Undivided Family, association of persons, co-operative society, partnership firm, company or undertaking to facilitate overall growth.

Back in March this year, the government has proposed subsidy up to Rs 1 lakh for micro and small enterprises to encourage them to use cloud computing for information and communications technology application. The proposals are part of the modified guidelines of the scheme for ‘Promotion of Information and Communication Technology in MSME Sector’. Also, the government this year proposed to reduce the income-tax rate for micro, small and medium enterprises to 25% from 30%. It also allowed credit for minimum alternate tax to be carried forward for up to 15 years instead of 10 years.

In the light of the above reforms, it becomes even more important to rationalize and simplify the compliance procedure for MSME to meet its very essence. It is heartening to note that various states have simplified their processes and it would be appropriate that these processes are further rationalized, especially for MSMEs. Besides, the states were requested to create a separate department or at least a separate directorate for the development and growth of the MSMEs. The states were also requested to come up with a policy to encourage the MSMEs. States such as West Bengal, Odisha, Andhra Pradesh and Rajasthan have already come up with such policies to encourage MSMEs.