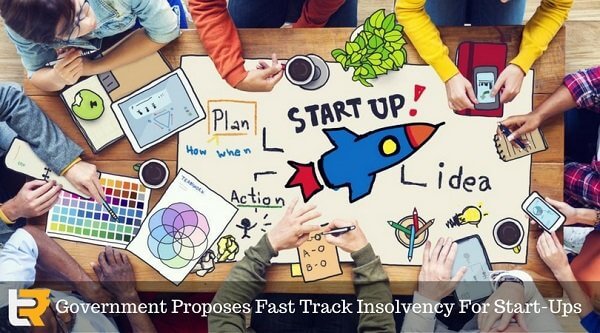 Since, IBBI (Insolvency and Bankruptcy Board of India) comes under the Ministry of Corporate Affairs (MCA), the draft regulations were prepared by a working group that was constituted by the Ministry (MCA) for the purpose. Suggestions and comments are invited from the general public till May 8, on the draft IBBI

The proposal is to put in place, fast-track insolvency resolution process for the following three classes of entities:

Small companies are those that fall under the Section 2(85)of the Companies Act, 2013. On the other hand, Startups are defined by the Department of Industrial Policy and Promotion (DIPP).

According to the draft norms issued by IBBI, only those Companies or LLP are eligible for the fast track process which has not borrowed more than Rs. 2 crores in any manner.

While the draft norms do not spell out the time frame for a fast-track process under the Code, it is expected to be 90 days.

In the words of M.S. Sahoo, IBBI Chairperson “Fast-track is a process which has to close in 90 days and these are likely to be applied to cases with fewer complications. The example could be startups”. This is the reason government has proposed the fast-track process for Startups.

The proposal by the government seeks to consolidate and amend laws relating to reorganization as well as insolvency resolution of corporate persons, partnership firms and individuals swiftly in a time-bound manner.