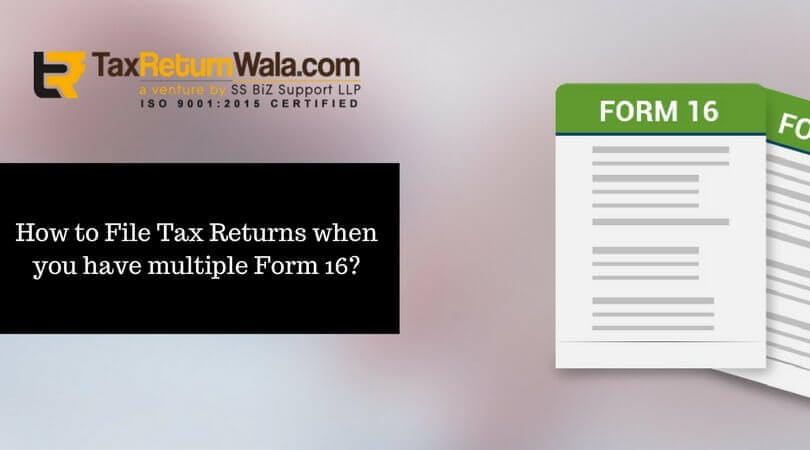 How to File Tax Returns when you have multiple Form 16?

Multiple Form 16 is a Certificate of deduction of tax at source under Section 203 of the Income Tax Act, 1961. It contains the details regarding-

In simple words we could say details of tax deducted by the employer on behalf of an employee. Therefore every salaried person should obtain Form 16 from the employer before the end of a financial year. At times situation arises when a person holds multiple Form-16 like:

And in such situations be aware of the tax liability that may arise because then you might end up with multiple Form 16.When it comes to Income Tax Return filing, the process gets a little bit more complicated but it’s actually quite simple to file the IT return when someone holds multiple Form-16.

An employee must hold separate Form 16 from all his employers. Let us take an overview of the above-stated situations and how to deal with it while filing IT return:

Multiple Form 16 arising due to switching jobs – In this situation when a person has switched over jobs in the same financial year and gets multiple Form 16, then at the time of filing tax return he should disclose the details of previous Form-16s to the new employer to calculate the tax liability considering the previous job details.

And if the person wants to maintain confidentiality of the same then he can state his consolidated income of all the Form-16 at the time of filing IT return.