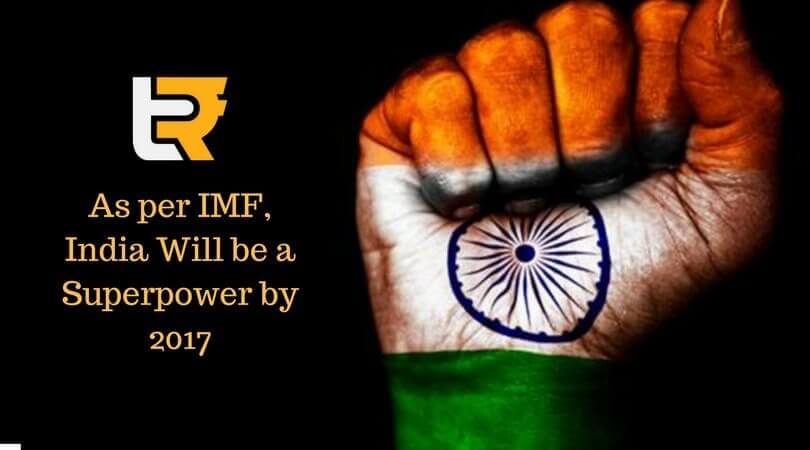 IMF – India is one of the largest economies in the world with a rich population of 1.2 billion people. As per World Bank report, India has shown tremendous growth in last few years. A major uplift in country’s economy is seen with the introduction of newer reforms and methodology.

According to IMF, Indian growth rate is deducted by 1% for the fiscal year. Earlier the growth was 7.6 % which has been reduced to 6.6% as per this year estimations. This deduction of 1% is cited as a result of demonetization of old currency notes by Prime Minister Narendra Modi.

Post the demonetization step taken on November 8, 2016, economic surveys reveal better results than ever. A huge amount of tax is being collected; countries export has risen tremendously in December 2016. The industrial population has been increased to 5.7 %. As per IMF, India has become the 6th largest Manufacturing hub.

IMF provides India as a fastest growing economy in the fiscal year 2018 and 2019. IMF also predicts global economic rise for FY 17 and FY 18 especially in developing and emerging markets like India.

India’s growth story has just started and it is most likely to emerge as a superpower in coming years. In terms of construction business also India is about to become the largest construction market.

India is today one of the most open economies. India has a strong military force and is highly involved in outer space exploration. India is also a member of many international conferences and organization. In a way, it’s still a supreme power and world’s largest democracy.

There are few problems like corruption, poverty, caste system etc. which needs immediate and serious actions to be taken. Otherwise, India has the manpower, size, and population to emerge out as the Global leader and a supreme power.