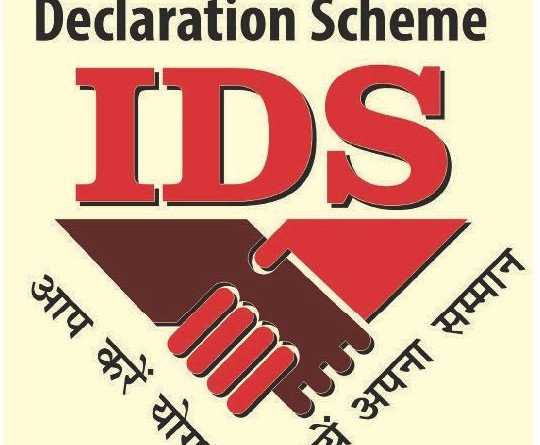 The Finance bill, 2016 introduced a scheme Income Declaration Scheme, provides an opportunity to persons who have failed to pay taxes from beginning to till date and pay tax, surcharge and penalty.

Here “Benami transaction” means any transaction in which property is transferred to one person paid or provided to another person.

MANNER of DECLARATION OF UNDECLARED INCOME

CLAUSE 183 of the Income Declaration Scheme provides that declaration shall be made online or with the principal commissioner or commissioner in such Form as mentioned.

The declaration shall be duly signed by

Payment of Tax, surcharge, and penalty

The declarant shall file proof of payment of the same on or before the date notified to commissioner or principal commissioner.

If the declarant fails to file declaration then shall deemed never filled under this declaration scheme.

However declaration made in suppression or mis-statement of facts, such declaration shall be void and deemed to be never made.

Central government has power to remove difficulties then the Central Government by an order, not inconsistent with the scheme but not after the expiry of 2years.

Remaining Rs. 55Crore would be treated as legitimate income.