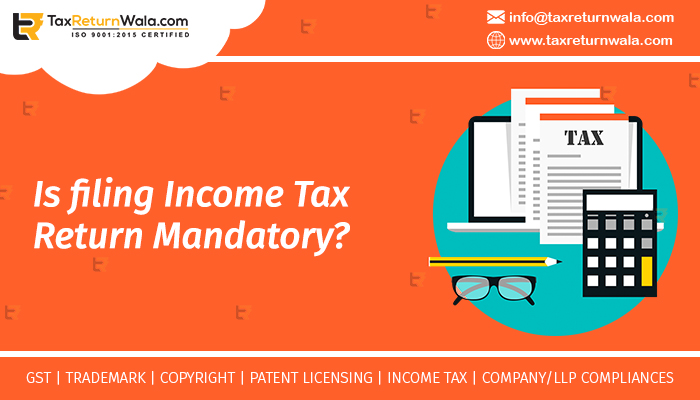 Tax Return’ to be quoted simply, in the form wherein the taxpayer mentions their annual statement of income used by the authorities to assess the liability, individuals/corporate/other assesses in applying for loans, showing compliant person, enhances creditworthiness, the better image and so on.

Filing income tax return (ITR) for each assessment year is beneficial for every taxpayer of the country. While there are numerous advantages of filing the tax return, one might find himself surrounded by adversities if he fails to do so, which we discuss in this blog.

Apart from the penalty levied by the IT Department, a taxpayer may face other consequences for late filing of returns:

There are various sections under the Income Tax Act 1961, which are notified to penalize that person who fails to furnish the details of the fiscal year by the specified due date through Income Tax Return.

If there is any unpaid tax after the due date for which the income Tax Return is not furnished, the assessee is penalized with an interest rate of 1% per month on the balance amount of actual liability until the taxes are all paid.

If the tax returns are not filling and file after the end of the fiscal year before the due date as specified in different cases, the defaulter will be inhibited to carry forward the losses except for loss under ‘income from house property’.

Under this assessment, the income tax officer is empowered to carry out the assessment as per his best judgment if in case:

If in case, the payable amount is less than the TDS than deducted, the person can claim the refund of TDS. He will also be eligible for interest of 0.5% per month as per section 244(A).

If in case, the person purposely conceals the amount that is taxable, he may end up paying penalties for the same. The person will be penalized as per section 270A for both under-reporting and misreporting of income. The amount penalized may be up to 100% to 300%. The penalty varies as per the circumstances:

If the person fails to furnish the return of income, he may expect notice for prosecution under section 276CC which states imprisonment for at least seven years and fine.

If the taxpayer willfully, fails to furnish an income tax return before the end of the fiscal cycle, severe action by the officials that would include imprisonment or fine or in some cases both. The actions imposed would directly depend on the quantum of tax evaded.

Although as a relief to small taxpayers, when subjected to liability in the case does not exceed the amount of rupees three thousand, all the stringent punitive actions waive. When foreign assets are concerned, there is a set of other punitive implications under the Black Money Act for keeping the assets concealed.

As can be seen above, there are various stringent implications a person may have to deal with if in case he or she fails to file the tax returns before the due date. Not only it is advisable to file ITR in time, but one must also acknowledge his or her moral responsibility towards the country.

1. Unable to set off losses

Losses incurred (other than house property loss) are not allowed to be carried forward to subsequent years. You cannot set off these losses against future gains if the return has not been file within the due date. However, if there are losses under house property, carry forward of losses is allowable

2. Interest on the delay of filing return

Apart from the penalty for late filing, interest under section 234A at 1% per month or part thereof will be taxable until the date of payment of taxes. It is important to note that ITR cannot be file unless taxes are paid. The calculation of the interest will start from the date falling immediately after the due date i.e. 31 August 2019 for AY 2019-20. Therefore, the longer you wait the more you pay.

In case you are entitled to receiving a refund from the government for excess taxes paid, you must file the returns before the due date to receive your refund at the earliest.

Email your concern at info@taxreturnwala.com