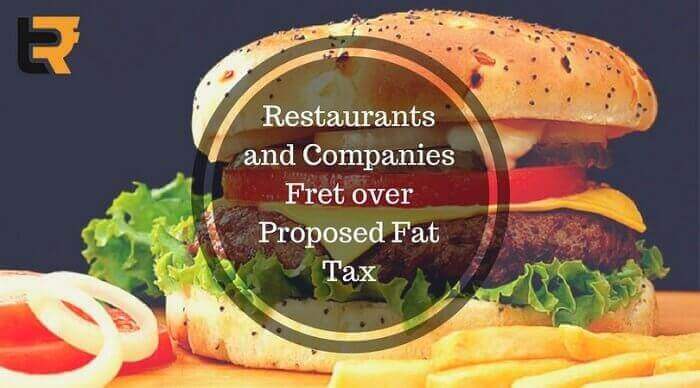 The Food Safety and Standards Authority of India proposed the FAT tax on Monday, 8th May, 2017. Although a rate hasn’t been specified, it would bring almost all processed food items under the ambit of the proposed levy if implemented. Some companies were sceptical about the move.

The Deputy Marketing manager of Parle Products said that “Like cigarettes, consumers who want to consume such products will continue doing it in one form or another and if implemented, prices will shoot up and manufacturers will pass it on to consumers. This might lead to some consumers refraining from the brand. However, when the mandate comes, we will fine tune it (reformulate the product) according to the law”.

The product list on which Fat Tax will be levied includes:

One of the top officials of a Company that sells noodles said that Noodles don’t come under junk food as they have low calorie content.

The regulator’s notification is based on the recommendations of an 11-member expert group set up by the FSSAI after a Delhi High Court order in 2015. The move is expected to reduce the number of cases of diabetes, hypertension and cardiovascular diseases, especially among children. The regulator also proposed strict labelling norms for such products and a bar on advertising them on children’s television channels.

Restaurants said to make India healthy, consumers must be educated, health products should be subsidized and harmful ingredients should be banned.

Also Read: Are you aware of Fat Tax in India?

In some of the European countries Fat Taxes are already levied such as Denmark and Hungary, the said Fat tax founding its way into India in June last year when the Kerala government proposed a 14.5% tax on burgers, pizzas and other junk food served in branded restaurants.

This recommendation of FSSAI has faced many negative and positive comments:

Aseem Soni, CEO of Modern Food said,” his is exactly where our relaunch works beautifully as health and wellness was our fundamental brief to our research and development unit six months ago.”