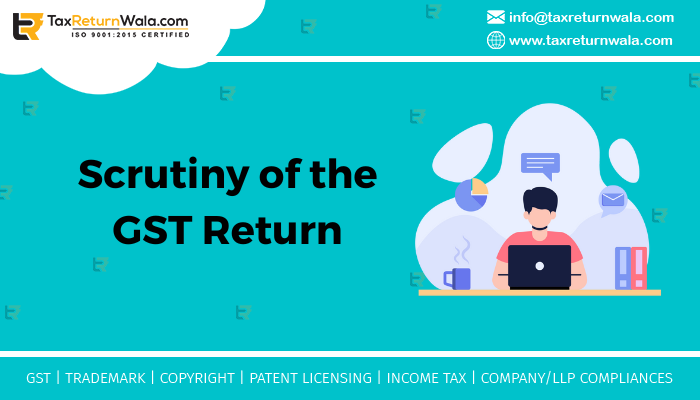 What Can Lead To Scrutiny Of Your GST Return?

Every GST-registered entity is required to file their GST return which is true and correct to facts with no misrepresentations. In case the GST department notices any sort of discrepancy in the filed returns, it may lead to the scrutiny of the returns which may lead to further action by the tax authorities after giving a proper opportunity of being heard to the taxpayer.

What is the scrutiny of GST return?

As per the provisions of section 61 of the Central Goods and Service Tax Act, 2017, the proper officer is empowered to scrutinize a return and the related particulars furnished by the registered person in order to verify the correctness of the return and to inform him of the discrepancies noticed, if any, and seek his explanation thereto.

Provided that, the government has issued a standard operating procedure(SOP) in order to distinguish the methodology, process, and procedure of scrutiny of GST returns. Various parameters and circumstances have been mentioned in the SOP which may lead to the scrutiny of the GST returns.

Parameters for scrutiny of the GST return:

-ITC in respect of inward supplies attracting reverse charge as available in FORM GSTR-2A and Tax/Cess paid in cash in FORM GSTR-3B;

The aforementioned circumstances may lead to the scrutiny of the GST return, hence everything shall be kept in mind and the returns shall be filed disclosing true and correct facts. The act empowers the proper officer to scrutinize the return and issue a notice in Form GST ASMT-10 seeking an explanation from the registered person in respect of the discrepancy noticed in the duly prescribed format in Form GST ASMT-11. In case the explanation furnished by the registered person is found to be acceptable, the proper officer shall inform him accordingly in FORM GST ASMT-12 and no further action is taken.

Got some GST Worries?