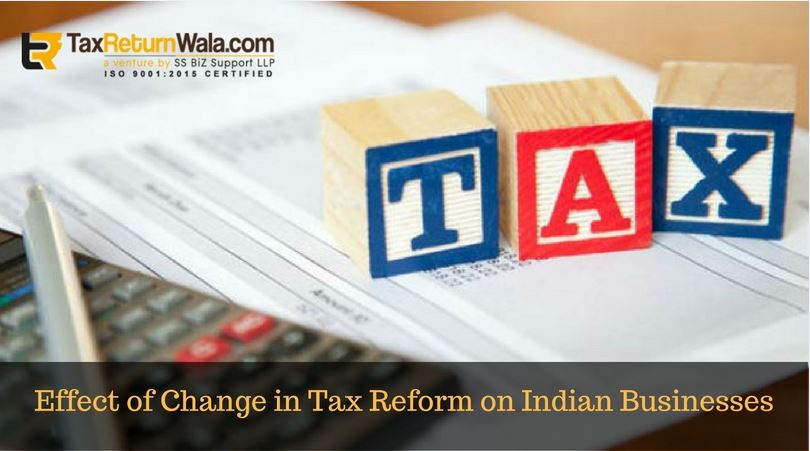 Effect of Change in Tax Reform on Indian Businesses

Released Budget FY17: Post to demonetization effect , a relief to tax reform was a necessity for middle class. Also ,GDP index had experienced a major fallback in the last quarter, which calls for some major changes for corporate sector too.

Prior to budget announcement, various taxation experts ,addressing previous years tax collections quoted that this  budget might come with reforms for increasing tax payers base which would be either be done by raising slabs or reducing tax rates. Also, major assumptions were made on the fact ,that more subsidies would be provided to the business sector for boosting GDP and improving infrastructure.

Finance minister as reported on 1st Feb opened up his book of secrets and disclosed various changes to present tax reform. Jaitely, proposed to reduce tax slab rate to 5% being 10% earlier for 2.5 – 5 Lakh income bracket group , making it almost half of the present criteria, while a major hit was given to the corporate sector levying an additional surcharge of 10% for 50 Lakh – 1 Cr income group.

While other changes drifted morale of MSMEs and Startup groups ,but raised  a war start by super rich as additional notifications disappointed their hope of getting some rebate in their tax slabs instead it added an additional liability of 10% to their business .

As guided by experts , economy at this stage of development requires more expenditure in terms of infrastructure and education .Also,GDP growth lies in hands of producers, which means adding 10% to their cost might become an indirect pressure on lower income expenditure leading inflation.

Likely, govt widened his road on digitization and gave various incentive schemes for Indian entrepreneurs like spacing tax gap for using digital platforms for business payments and now with effect in cash transaction ban over 3 lakh , major business dealings is ensured to be cashless.

If accommodated this surcharge might effect one fourth of economy GDP but can become an effective source for govt income which can further be diverted to development of emerging startups and skills infrastructure .