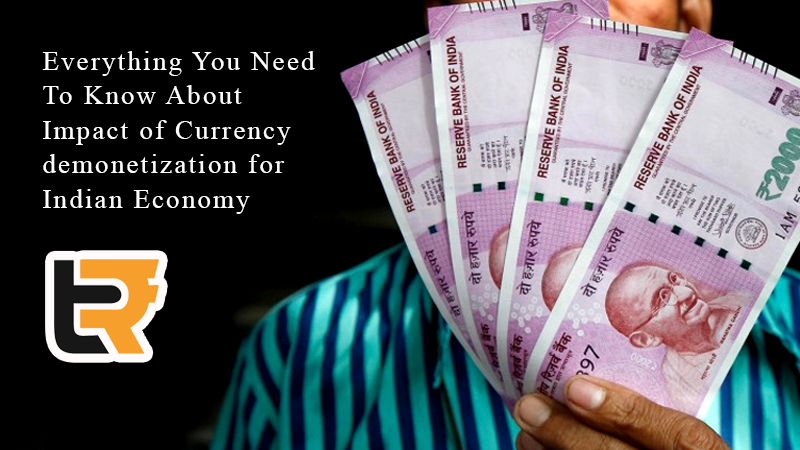 November 8, 2016 the date not any Indian can forget, the announcement of demonetization left citizens on the roll. Demonetization is the financial step in which a currency unit’s status as a legal tender is declared invalid. Such withdrawal of money will have considerable deflationary impact. It will help RBI to keep inflation within targeted inflation Band. The effects of demonetization are short term and long term in nature.

The immediate effects can be seen as there arose liquidity crunch in the market, banks are not able to make payments and exchange cash in respect to prescribed limit completely. There reflects a temporarily hault in the circulation of large volumes of counterfeit currency which funds the anti-social elements like Smuggling, Terrorism, Naxalites, Espionage,etc.

In addition to that there has been inflow of money to government in recent times; as per recent reports Municipal corporation in some cities received more money as tax after November 8. There will no longer be illegal ways to fund political parties.

In the longer Indian economy prospect, demonetization will increase CASA balance of banks and High CASA balance & rate cuts by RBI will lead to passing on of such rate cuts to economy by lowering lending rates as well as borrowing rates which will in effect give boost to organized business. With cash transactions facing a reduction, alternative forms of payment will see a surge in demand, E wallets & apps, online transactions using E banking, usage of Plastic money etc.

The real estate sector has traditionally seen a very high involvement of unaccounted money and cash transactions. However, almost all such incidences have been in the secondary sales market, where cash components have traditionally been a veritable ‘must’. In other words, there sale properties segment will take a big hit. The demonetization move is likely to result in luxury property prices, this should eventually lead to strengthening of such systems and there infrastructures are required.

To sustain the move, other systematic changes are required to be followed by the government so that it achieve the planned and estimated goals.