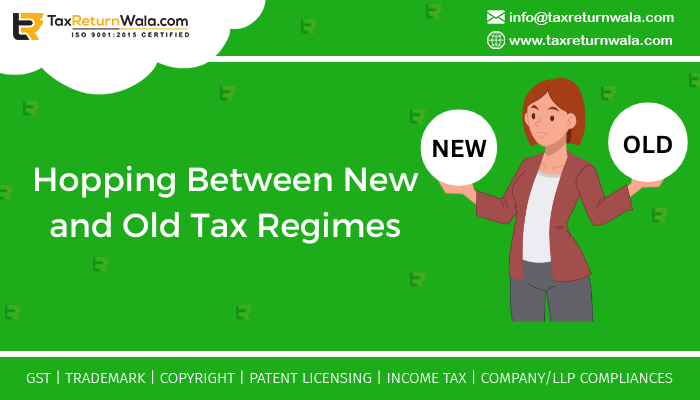 As a taxpayer, choosing between the old and new regime is based on several factors. We have to figure out the tax liability under both regimes before taking a decision. Opting for New Regimes is voluntary compliance but sometimes, after filing the Income tax return we think that we have made a mistake while selecting between old and new regimes and want to rectify the same. But can we do that? In this article, we shall understand that is there a way to hop between the Old and New regimes after filing the return.

The new Regime can be opted for by the taxpayers only if the Income-tax Return is filed on time i.e., on or before the due date. It cannot opt for ITR filed after the due date. As an individual, if we feel that we had made a mistake we can file the Revised Return, and as that we can also change the tax regime while filing the revised ITR. But as stated above, taxpayers with business income get the option to change tax regimes once in a lifetime so they should be more careful in opting for the tax regimes and they cannot change tax regimes in revised returns.

This is because they have to file Form 10IE while opting for a new regime and Form 10IE can be filed once a year. Hence, other taxpayers may get to revise their return by opting for different tax regimes but taxpayers with Business income will not.

The Income Tax department neither provides for a change of tax regime option nor prohibits change while filing the revised return. Also, there is no specific penalty or liability for changing tax regimes but the Income tax department may take action at their discretion and can issue an intimation too. So, It would be advisable to take a decision on tax regimes judicially and financially before the due dates.

You can also contact some financial or taxation advisors for understanding the difference and taking an optimum decision.  Changing it afterward may cause tax authorities to raise a dispute.

You can also contact us at info@taxreturnwala.com  for any taxation consultancy.