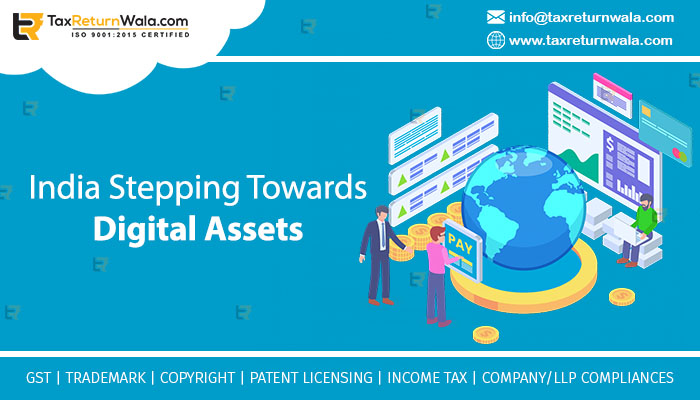 A digital rupee is a digital currency that will be issued using blockchain and other technologies. Such digital rupee would be issued by the Reserve Bank of India starting with effect from the financial year 2022-2023. As quoted by the finance minister in her budget speech “Introduction of Central Bank Digital Currency (CBDC) will give a big boost to the digital economy. Digital currency will also lead to a more efficient and cheaper currency management system”, the issuance of digital rupee will change the whole process of making transactions and is a huge step for creating a fully-fledged digital economy.

The digital rupee is a digital currency that can be stored in digital wallets and is regulated by the Reserve Bank of India. India is one of the several nations that have introduced its own digital currency.

It is interesting to note that the cryptocurrency, non-fungible tokens them are powered by the blockchains which keep the record of a series of all the transactions.

Along with the introduction of the digital rupee, the Finance Minister also announced in her budget speech that the transfer of all the virtual digital assets will be taxable at the rate of 30%.

Henceforth, it will not be incorrect if we say that the digital rupee is the Indian Bitcoin which will bring a massive change in the Indian economy.

So what are these virtual digital assets, as far as taxation is concerned?

(a) any information or code or number or token (not being Indian currency or foreign currency), generated through cryptographic means or otherwise, and can be transferred, stored, or traded electronically;

(b) a non-fungible token or any other token of similar nature, by whatever name called;

(c) any other digital asset, as the Central Government may, by notification in the Official Gazette specify-

The magnitude and frequency of these transactions have made it imperative to provide for a specific tax regime. Accordingly, any income from the transfer of any virtual digital assets will be taxable at the rate of 30% in the hand of the recipient.

Also, along with including virtual digital assets in the ambit of taxation, the following taxability provisions have been made with respect to them:

Have more to share on Digital Assets and Digital Currencies?