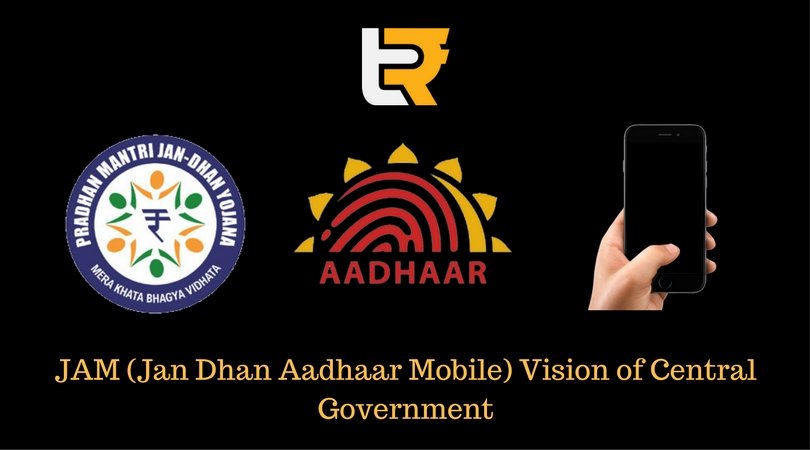 All you need to know about Jan Dhan Aadhaar Mobile (JAM) initiative.

JAM (short for Jan Dhan-Aadhaar-Mobile) trinity is the initiative by Government of India to link Jan Dhan accounts, Mobile numbers and Aadhar cards of Indians to directly transfer subsidies to intended beneficiaries and eliminate intermediaries and leakages. The JAM trinity was first proposed in the Economic Survey 2014-15. Finance Minister, Arun Jaitley said that the database of 1.2 billion bank accounts, when linked with 900 million mobile phones and about 1 billion Aadhaar numbers, would effectively ensure that the subsidies reach only to those who actually need them.

PM Modi wished that every individual living in the country would enjoy a Zero Balance Account. So he launched the Pradhan Mantri Jan Dhan Yojana on 28th August to address this fundamental issue and within a few months the lives and future of millions of Indians changed. While the bank accounts have given millions of Indians access to banking services, they have also played a major role in stopping corruption.

1. Government → Beneficiary: the challenge of identification
To identify beneficiaries, the government needed databases of eligible individuals. In this direction, the step of creating Aadhar card of all the individuals was initiated.

2. Government → Bank: the challenge of payment
After identifying beneficiaries, the government had to transfer money to them. For that every beneficiary needs a bank account and the government needs their account numbers. This constraint was significantly eased by the Pradhan Mantri Jan Dhan Yojana opening zero balance accounts.

• Pradhan Mantri Suraksha Bima Yojna
Under this scheme, accident insurance worth Rs. 2 Lakh is being provided. The premium is just Rs.12 p.a. for each member that means even the poorest of poor Indian can afford it.

Despite huge success of this mission, considerable work needs to be done to fully implement the game-changing JAM. The JAM Vision will serve as the basis of many initiatives to come.