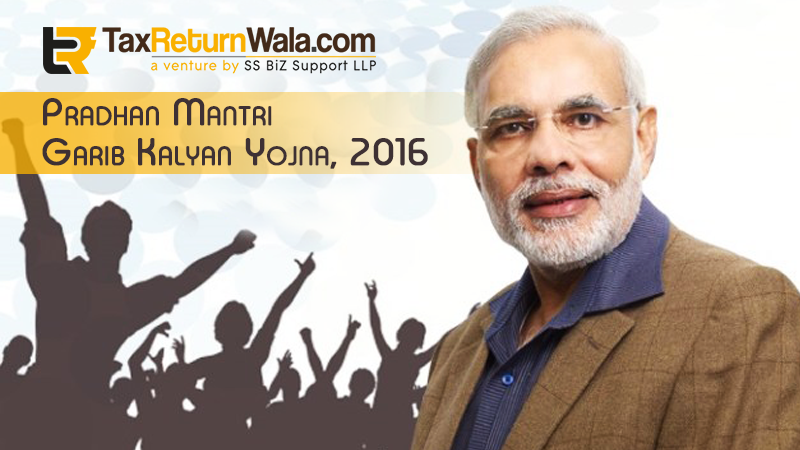 After nearly 20 days of announcing his big scheme of Demonetization, the Government came up with another scheme known as Pradhan Mantri Garib Kalyan Yojana, this time to curb on the running practice of converting the money out of the current banking systems. No matter how much the Government deny it but there was trading of old money with new money in the black markets, which costs anyway around 30% – 40% to the company. What the Government has done by bringing this amendment act is to make sure that the people who are converting their money out of the black market to do it using the proper banking channels. Whether it will be a success is still a result for future to decide. The Government has made it compulsory to deposit 25% of the Undisclosed income in a Deposit Scheme to be notified by the RBI under the “Pradhan Mantri Garib Kalyan Yojana Deposit Scheme, 2016”. The amount is proposed to be utilized for the schemes of irrigation, housing, toilets, infrastructure, primary education, primary health, livelihood, etc., for the purpose of bringing justice and equality in the second most unequal country of the World. Now let us take a view into the Pradhan Mantri Garib Kalyan Yojana Deposit scheme launched by the government, an overview of the amendment proposed in the bill are:

Following points should be kept in mind:

(i) Declaration can be about unaccounted cash or deposits held with RBI, any bank, head post office or sub post office or any other entity which may be notified for this purpose by the Government.

(ii) The person will have to pay 30% tax on income, 33% surcharge on tax, 10% penalty on income (as per the scheme rules) totalling to nearly 50% of the income to be declared under the scheme.

(iii) The person will also have to deposit 25% of the amount to be declared, under the Pradhan Mantri Garib kalyan Yojana Deposit Scheme, 2016 which will be blocked for 4 years.

(iv) After depositing all of the above in (ii) and (iii) the person will have to declare the income through declaration to the Principal Commissioner or the Commissioner notified in Official Gazette for the purpose.

It should be further noted that the Pradhan Mantri Garib Kalyan Yojana scheme is not available for income from illegal activities. Also, if the declaration is made by misrepresenting or suppressing facts, then the declaration will be considered void and shall be deemed to be never made under the PMGKY scheme and to add to that no amount paid as tax will be refunded.

Further, once income is declared under the Pradhan Mantri Garib Kalyan Yojana scheme, the declarant will not be allowed to continue or file any appeals regarding any other assessment in relation to the same income. Also the person cannot claim any tax related set offs or relief in relation to this income.