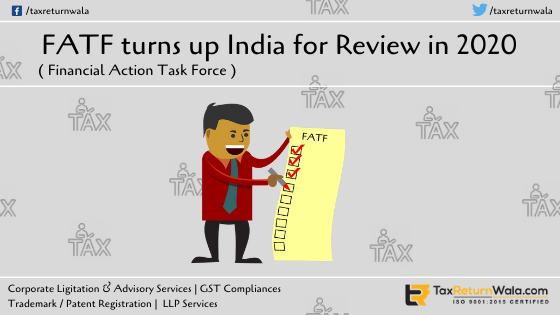 India for its 2020 FATF Review

FATF Review – Agreeing with common legislation and international treaties, great efforts have been made by governments of different countries for combating financial issues of an economy like money laundering and terror financing.

With the growing concerns of all center governments, FATF (Financial Action Task Force) came to existence.

FATF (Financial Action Task Force) is an intergovernmental organization established in 1989, to control financial affairs of its member countries FATF places standards, measures and policies to curb practices of money laundering, terror funding and other threats posed to the international financial system. At present, there are about 39 member countries working under FATF.

The agency was founded with objectives to provide some global standards to be followed by member governments to combat serious issues of money laundering and terror financing. Once in a decade, FATF undertakes audits and asks for reports from its member countries to analyze their policies to check the credibility and standard with global standards it places in the economy.

India joined FATF in 2010. Passing a decade in 2020 it’s time for the Indian government to provide a report card to the global watchdog FATF about its key takes taken in the years for barricading financial crimes of money laundering and terror financing.

Efforts of Indian Government for FATF Review in 2020

India on 25th June 2010 became the 34th member country of Financial Action Task Force (FATF). Since then, as a member, India was obliged to follow the practices guided by FATF and the standards it approves in consultation with the member countries for the financial entities and central governments against money laundering and terror funding.

Membership of FATF matters to India because of the following three major reasons:

First, India faces a lot of terror attacks and it requires aid from  other countries to track down money flow behind such terror attacks;

Secondly, India needs an open approach for global capital access along with tough enforcement against terrorism and money laundering; and

Thirdly, to emerge as an exporter of financial services and spread its wings across other countries.

Scheduled to have its meeting with FATF experts in 2020, the Government of India has raised its voice for striking gaps in all its policies gripping over money laundering and terror funding. The immediate need is of putting a proper regulatory mechanism for the gem & jewelry and the real estate sector.

Working onto global standards of FATF, India has a host of measures to place before FATF for its evaluation in 2020:

Have a legal concern to discuss? Need financial guidance?

Also Read: Cancellation of a Registered Trademark in India