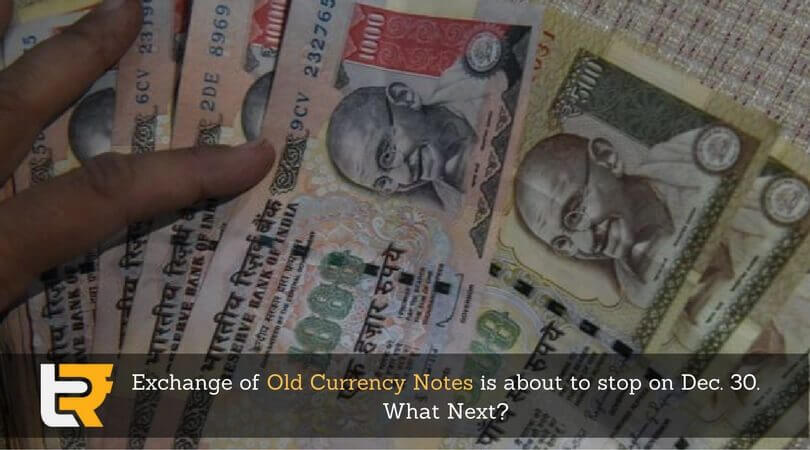 Exchange of Old Currency notes stopped on Dec. 30. What Next? Is everything going to be smooth? Or the situation will become more complicated?

Everyone is effected by the revolutionary step of Demonetization taken by Narendra Modi on 8th Nov, 2016.As per the announcement old currency notes of Rs 500 and Rs 1000 ceases to be legal tender effective from 9th Nov,2016.

As we already know that demonetization has caused a cash crunch on society because of restriction on cash withdrawal limit. Government will announce new cash rules in the country on 30 Dec 2016.Government’s clear motto is to eradicate black money and bring economic upliftment to one and all.

It is also believed that soon an ordinance will be passed on the hoarding of old currency post 30 Dec 2016.As per this news, you can’t possess more than 10 old currency notes. All those found violating these guidelines will be penalized with Rs 50,000 or five times the amount hoarded. This news is yet to be officially confirmed from government officials.

We can expect few other reforms in future as below –

All these steps will help Income tax department and excise department to gather valuable data. Situation may get complicated for the better good of the economic stability of Country. In this era of digitalization, this step has encouraged people to use technology.

Although there are lots of people complaining about the long ATM queues and other inconvenience but we should give this a try. Let’s wait for further updates from government with all new set of policies.